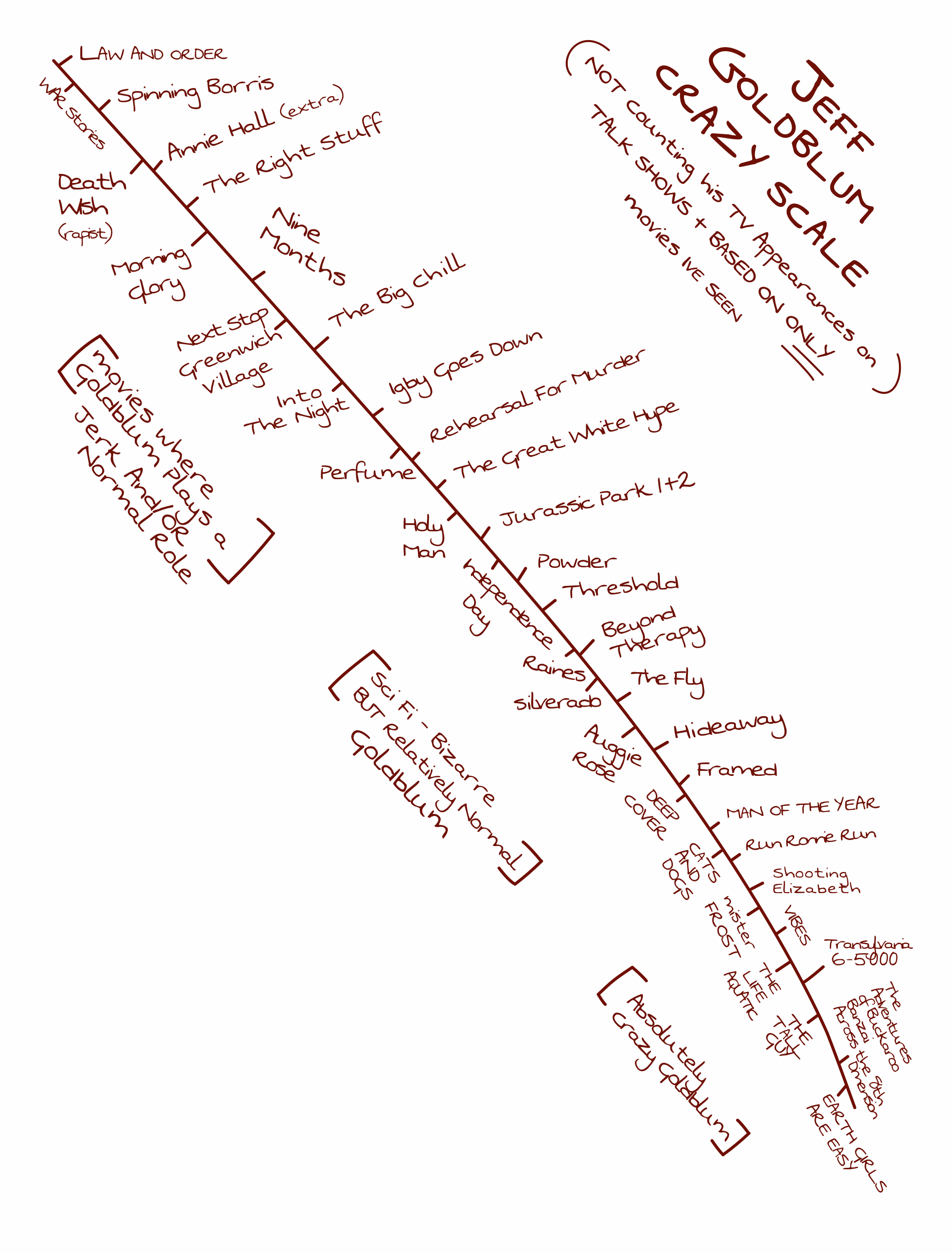 There’s a link directly to the high resolution Jeff Goldblum Crazy Scale graphic, which at 72ppi is presented more than twice the size as it is on this page. Thanks again to Jennifer Jilbert for creating this graphic.