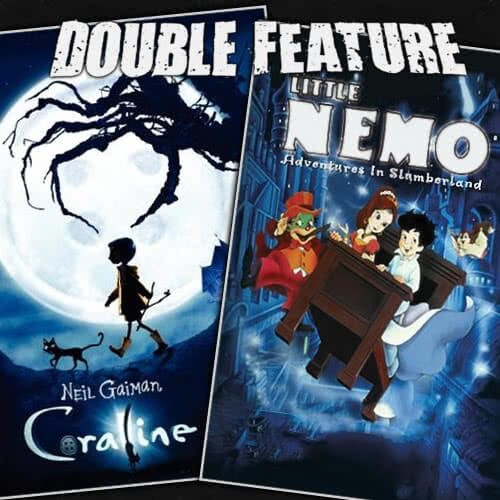 Childhood nightmares. Fantasy retreats. The real names behind Coraline. Who is Henry Selleck? What’s a Neil Gaiman? Who killed Amanda Palmer? Building a world and playing around in it. The most rundown theater in Chicago. Grey world. Parallels to MirrorMask. Otherworld (button world). Stageshows! There’s dark, and there’s fucked up. The unexpected. Does Coraline have bad parents? Little Nemo gets a DVD release. The child in a flying bed from the NES generation. Little Nemo Adventures in Slumberland in contrast to Walt Disney. A world without rules…or physics. Anti-authoritarianism. The Nightmare King. END_OF_DOCUMENT_TOKEN_TO_BE_REPLACED

The Nightmare Before Christmas + The Rocky Horror Picture Show 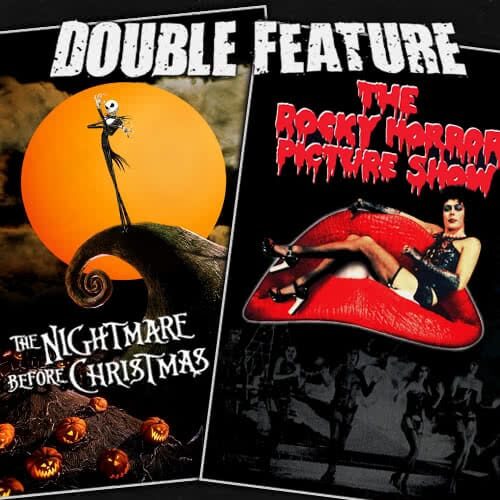 Two films everyone is too pretentious to have a simple conversation about. Why people give you shit for enjoying these two fantastic movies. Stop motion and hand-making every inch of your frame. Why the old Tim Burton Batman films are way better than you remember. Oingo Boingo. Where you can acquire hours and hours of Nightmare Before Christmas music you never knew existed. Contrasting Nightmare with Corpse Bride. Patrick Stewart. A bit on Repo: The Genetic Opera. How Eric and Michael may be reps ensile for getting The Rocky Horror Picture Show booted out of Chicago. Drew Carey is awesome. The relationship between Science Fiction Double Feature and the rest of the film. Saving movies you know will be good for a terrible day. Hammer Horror. A listener comes through. Glittermouse at the Metro! New create feature at AwesomeStart.com. Fringe is fantastic. END_OF_DOCUMENT_TOKEN_TO_BE_REPLACED