A series of episodes spread throughout the year, including the entire Jack Ryan franchise paired with select James Bond films. 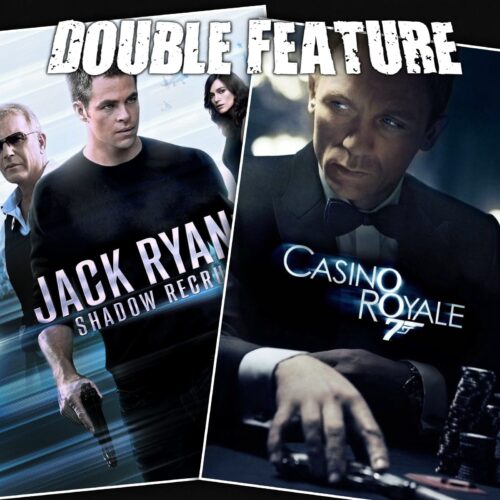 The final chapter in the saga of Jack Ryan and James Bond. Maybe not the final chapter in Double Feature, hopefully. Upon completion of Jack Ryan: Show Recruit, who is the real Jack Ryan? Continuity is finally solved. The long awaited information on Jack’s analytical character arc. Action where action is due. Casino Royale, the clearly best James Bond movie in the entire series come on really it is you know it don’t front. Hey look, it’s that guy from Hannibal again. James Bond in the 21st century. The much needed self loathing. Eric Thirteen on the set of an Eli Roth Clown thing. END_OF_DOCUMENT_TOKEN_TO_BE_REPLACED

The Sum of All Fears + Goldeneye 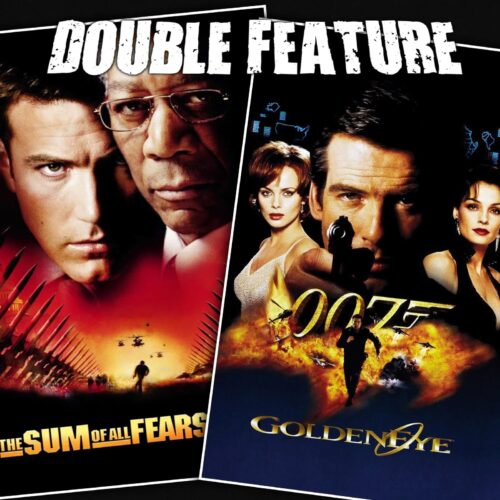 Jack Ryan and James Bond return with new faces. Trying to place The Sum of All Fears in the Jack Ryan universe. A movie that actually contains a sum of all of the fears. The continued look at analysts. The inner circles of analytics. Movie presidents then and now. The nuclear football. What happens with the bomb. Does mutually assured destruction still work? James Bond’s Goldeneye 64. Finally, actual hard evidence for the James Bond fan theory – it has to be one or the other. Or a third option. Pierce Brosnan becomes James Bond. Much love for the Alan Cumming. I’m invincible! Xena fills up her Hot Topic punch card (that’s ten skulls, by the way). Goldeneye as a progress Bond. END_OF_DOCUMENT_TOKEN_TO_BE_REPLACED 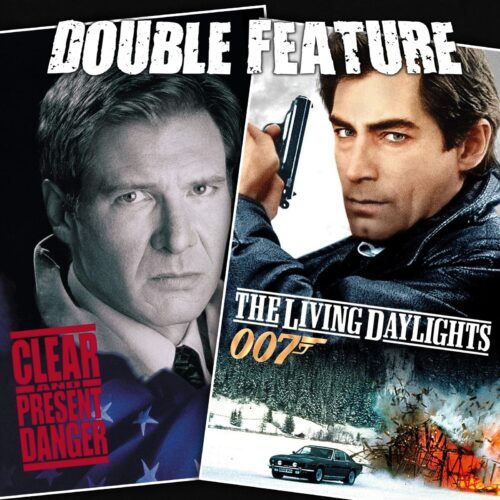 Coming back to new and old faces in the worlds of Jack Ryan and James Bond. What a raw show without notes is like. Still an analyst at heart! Answering the cliffhanger you forgot about from Jack Ryan’s last film, Patriot Games. Obtuse and lingering danger. Batman as Jack Ryan. Respect the oval office. Is this a win for the hero? A new James Bond and the missing James Bond. The awareness of The Living Daylights. 007 and the other double-0’s. Michael Koester says some ridiculous things and some profound things. Well, maybe just one profound thing. The debunked James Bond fan theory. A little more behind the curtain talk on Double Feature. END_OF_DOCUMENT_TOKEN_TO_BE_REPLACED 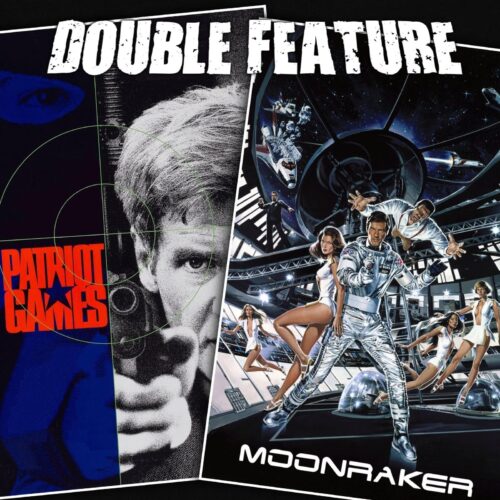 A unfamiliar return to the world of Jack Ryan and James Bond. People flipping out about actors playing characters. Jack Ryan comes back, sort of. The differences between the Jack Ryan of Patriot Games and the Jack Ryan of The Hunt for Red October. Samuel L Jackson pins things on people. What kind of Ted Raimi?! Why the change from A View to a Kill. James Bond goes to space in Moonraker. Exploitation! Bondsploitation! Star Warsploitation! Roger Moore. The most ridiculous moments of the James Bond franchise. Jaws and the return of Jaws. Action sequences then and now. Of gadgets and hamsters. #standWithDaniel END_OF_DOCUMENT_TOKEN_TO_BE_REPLACED

The Hunt for Red October + Dr. No 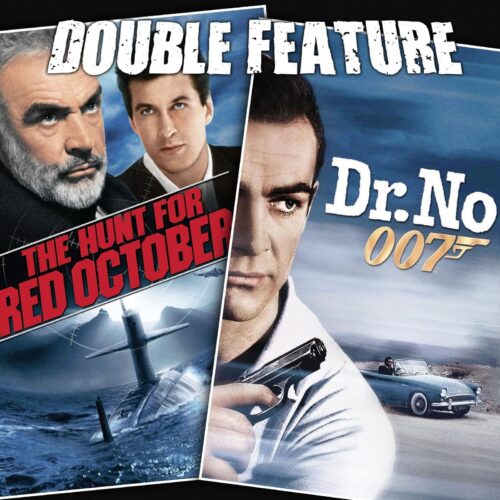 The beginnings of the Jack Ryan and James Bond universes. The Hunt for Red October as the first in a loose series of films. Another chance to talk about director John McTiernan. The unfortunate McTiernan incident. Continuing to ponder a director’s signature. Of sentimentality and submarines. The reluctant hero Jack Ryan! Dr. No in the first consideration of James Bond. The accidental Sean Connery double feature. Another book, another hero. The ability to geek out on Bond. Doctor No is not Blofeld. Another origin for petting the white cat. The dubbing of Dr. No. Talking about the ladies in the Bond franchise. An array of patriotism on display. What does the future hold for James Bond? END_OF_DOCUMENT_TOKEN_TO_BE_REPLACED