Do these fighters ever meet?

During Year 4 , Double Feature embarked on an adventure. Over the course of six episodes, each of the Rocky films was paired with a Kill-Bill-related Asian film.. Back episodes are available to members 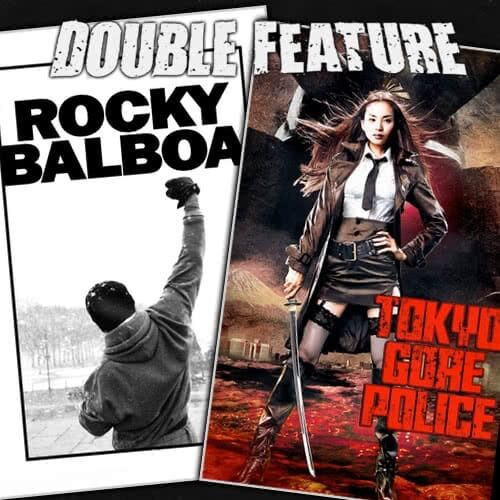 Rocky meets Asia comes to a close with a late Rocky film and a great piece of the new asian extreme. Rocky 6, Rocky Balboa. A modern looking Rocky film. The unspoken problems in the six film timeline. Rocky Balboa and Spinner Dunn. The insanely good looking gritty rainbow of color in the film. Pure white backlight and ugly Chicago streets. The tragedy of Paulie Pennino. A lesson about suspension of disbelief. What does it mean to still have stuff in the basement? Why Rocky goes back to fighting. What is Rocky’s responsibility to now adult Rocky Jr. Potential ICE TRUCK. What it takes to win in this series. Bam, Tokyo Gore Police! Throw down title card. Finally, a great split-down-the-middle. Japanese Gore Films. Tokyo Gore Police and The Machine Girl. Let’s talk anime. Ruka is the only honest cop. Japan explains it all. Privatizing the police – too extreme even for Double Feature! Mitsua Super Asian Marketplace. Heavy guitar score. A brief history of japanese gore cinema using a complicated web of Kevin Bacon. Revisiting Michael’s spaghetti western question. Tokyo Gore Police introduces the Engineer. Asian extreme WET LENS. Not so weird anymore. De-weirding japanese gore films. Unintentional results. END_OF_DOCUMENT_TOKEN_TO_BE_REPLACED 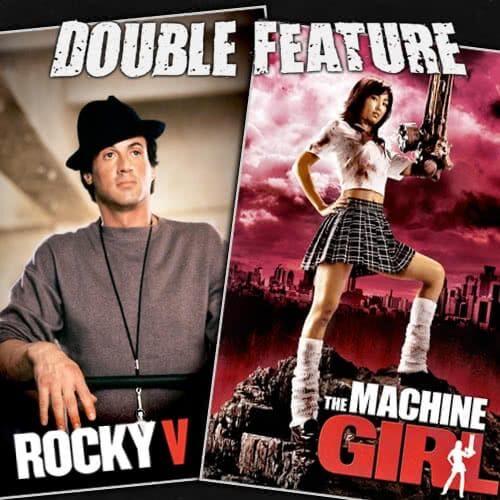 Rocky 5 and the early 1990s. 90s rap and hip hop. Joey Ellis – Go for It (Heart and Fire). Urban Blight. Back to America. Real retirement. Reconnecting with Rocky’s roots. But actually, this time. The lazy route the film could have gone. How the fifth film betrays the formula. The last Rocky movie isn’t the last one. The dark side of the ring. Redemption sequel. The third wave of Double Feature’s asian films and asian extreme. Camp and style in The Machine Girl. How Kill Bill paid off. Hattori Hanzo, all over the goddamn place. The ambiguity of references and inspiration. Deep fried arm. The blood soaked lens. Absurdist cartoon violence? The commonality of America’s favorite asian horror films. Burst of violence. The grotesque in The Machine Girl. Japan and strange weapons. END_OF_DOCUMENT_TOKEN_TO_BE_REPLACED 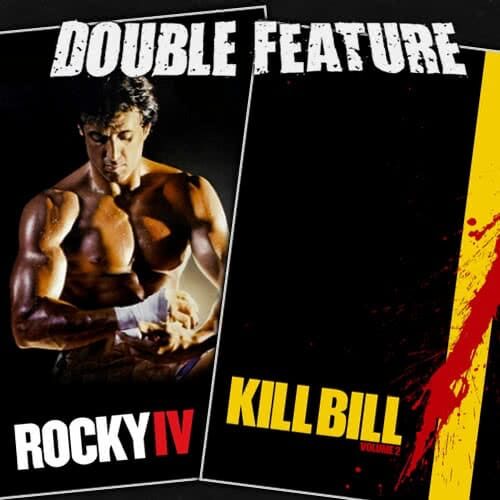 Wait, what are chapters? Paulie’s Robot. Adding new characters to the Rocky franchise. Once again revisiting internet memes. The Tiger 2-XL quizbot. You’re the Man Now, Dog. Dolph Lundgren. Who is Ivan Drago and what is he all about? Talking about technology. Revisiting the cold war. Is Rocky IV against technology? What does it say about technology’s role in the Cold War? Man vs Machine and the secret message of the film. Nationalism and tribalism. The unfair but inevitable question: which Kill Bill is better? Kill Bill as a novel. Tell the story, assume the audience gets the timeline. Tarantino and film noir. Accidental study guide. Surprise action (the best kind of action). Defending the light as a character. Jokes via camera work. Film scores you’re not allowed to have. Where’s the nudity? END_OF_DOCUMENT_TOKEN_TO_BE_REPLACED 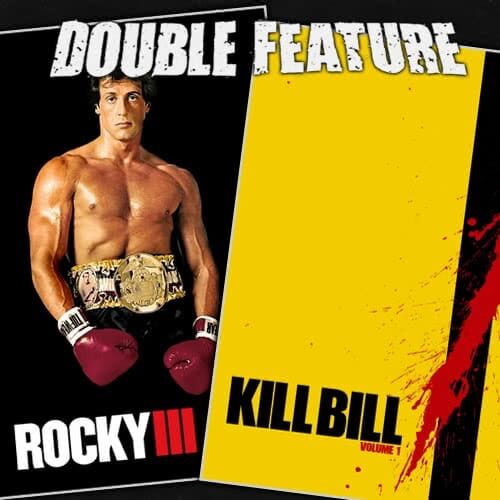 Eye of the Tiger. How aware of the Rocky franchise are the people in the Rocky movies? The origins of Hulk Hogan. Being loaded. Off the snow cones. Mick adapting to Rocky’s fame. Something juvenile. Rocky and Apolla are close. Real close. Mr T is an asshole. Kill Bill, Tarantino, and color. Color correction vs color grading. A showy long take. The bittersweet discover of Quentin Tarantino’s longtime editor Sally Menke. Censorship. The Whole Bloody Affair. Finally, an extended conversation on Tarantino and alleged plagiarism. Actually how bad is the borrowing? What Eric wants in life. END_OF_DOCUMENT_TOKEN_TO_BE_REPLACED

Rocky vs Asia, Part 2. Simultaneous journeys. A very sexy day of Double Feature. Rock 2 is aware of it’s place in the world. Rocky calls bullshit on itself. A strategy for starting your sequel. Directed by Sylvester Stalone! Fixing past mistakes. Humanity and heart. Actually rooting for a protagonist. Defining a character by their faults. Unable to sell out. Real life optimism. Character evolution. Provoking a reaction. Sex and Fury + Lady Snowblood. Japanese Pink Films. How do pink films compare to American sexploitation? Poker showdown. What’s the difference between sex cinema and pornography? Censorship in Japanese pornography. Urabon and the resistance! END_OF_DOCUMENT_TOKEN_TO_BE_REPLACED 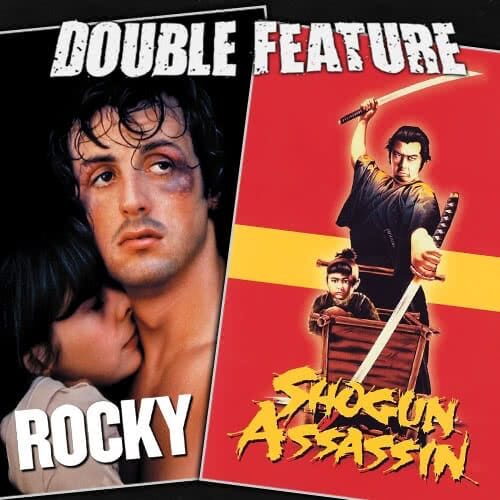 Rocky vs Asia. Simultaneous journeys. Misguided east vs west double features. Learning about something new via marathons. The characters in Rocky. What the fuck, Paulie? Talia Shire as Adrian. Mickey Goldmill is a crazy person. What makes Rocky a great character (and an unusual one for Sylvester Stallone). Apollo Creed and his influence on the other characters. How Apollo stands out from the usual interesting villain variations. The mother of all montages! More than you actually wanted to know about Stedicam. Lone Wolf and Cub. Roger Corman’s talking baby. Narration via infant. Samurai Stroller. Child abuse vs honor! The fantasy you expect from foley. Hip Hop? END_OF_DOCUMENT_TOKEN_TO_BE_REPLACED