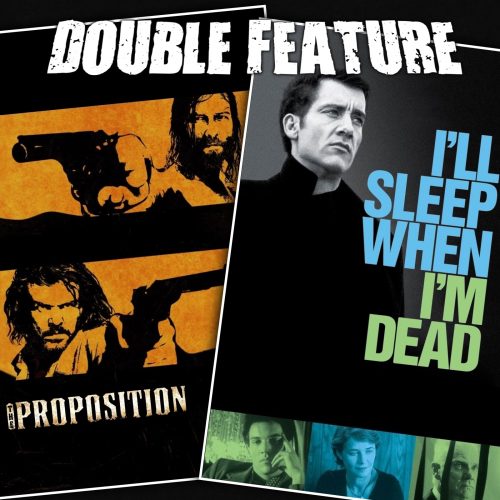 Fraternal revenge! Decidedly foreign takes of crime genres typically reserved for American cinema! Pairing up a listener pick! Release the bats is a real song and it’s actually good? The Birthday Party is not The Birthday Massacre. Also, El-P has a really good album called I’ll Sleep When You’re Dead. Anyways, who are the characters in The Proposition and what do they tell us about the themes of the film? DVDs: you wouldn’t steal car, would you? The brutality of the western and why American westerns never showcased it. From Michael Koester’s extensive Clive Owen collection comes I’ll Sleep When I’m Dead. An alternate angle to cover the rape revenge film from. END_OF_DOCUMENT_TOKEN_TO_BE_REPLACED