Death Becomes Her + So I Married an Axe Murderer 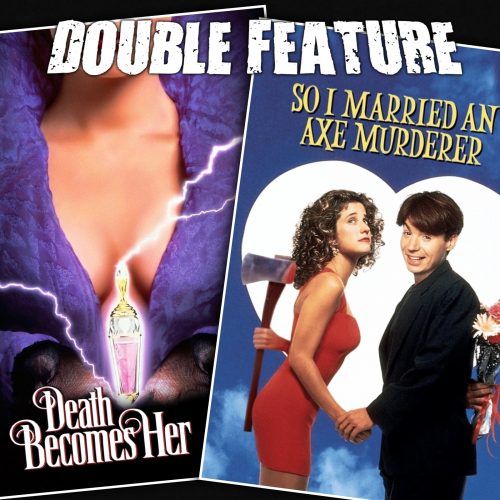 The Halloween punchline no one asked for. Creating a synopsis for the indescribal Death Becomes Her. Special guest Zemeckis expert Michael Koester. Uncovering one of the truly great Bruce Willis performances that allowed him to then phone it in several times a year until the end of time. Who is truly the star of Death Becomes Her? So I Married an Axe Murderer as an early Mike Myers work. What makes Axe Murderer unique against the other Myers films. Keeping the audience guessing, even when they don’t know they’re doing it. A complete retrospective on the career of a unique breed. The death of celebrity. Something old, something new, something borrowed, something blue comes to its final resting place. But for how long? END_OF_DOCUMENT_TOKEN_TO_BE_REPLACED