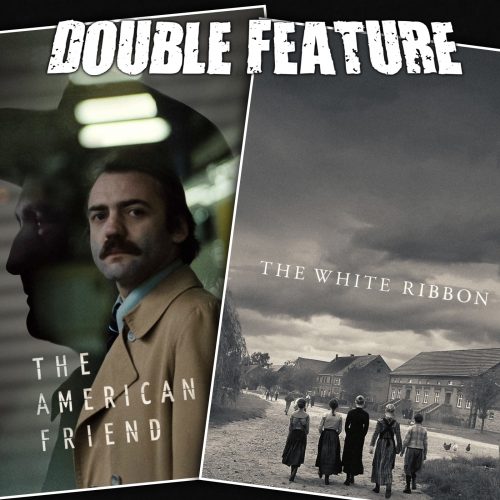 German bleakhause. A taste of German nuwave and cultural revolution. After a year chasing films like Possession and the Luca Guadagnino Suspiria, Double Feature goes on a quest to uncover the real German deep cuts. The low key insanity of The American Friend. Dennis Hopper and Bruno Ganz is enough, but it’s really only beginning. Who doesn’t love a West German Contax Zeiss prime? As long as it’s an MMG, we don’t need any ninja star bokeh over here. Sorry, forgot what this show was about for a second. Everything is terrible all the time and it’s not even World War 1 yet. How telling you exactly what to get from the film makes it even more puzzling. Is Michael Haneke a pain in the ass? Finally, someone sees this cold dark place for what it really is. When mastery allows you to fuck about in a way people wouldn’t accept otherwise. END_OF_DOCUMENT_TOKEN_TO_BE_REPLACED