Sleepaway Camp films 1-5. A return to true 80s slashers. Covering a film that doesn’t exist. Feminism. The original 1983 Sleepaway Camp. Paul Deangelo as background Ronnie. Covering up the deaths. The essential elements of camp. Homosexuality in the 80s. What is Sleepaway Camp saying about gay parents? What’s going on with the weird aunt? Desiree Gould as Aunt Martha. Ten minutes of softball! Inventive kills. The formula misleads! Eric is in love with Felissa Rose. One of the all time greatest slasher endings. What’s interesting about the infamous ending in retrospect. Unhappy Campers, and the beginning of Double Feature friendly naming conventions. The happy campers song. Pamela Springsteen. The burden of creating the icon. POV shots. Teenage Wasteland. Slasher theme songs. Are team building exercises bullshit? Fluoride in the drinking water. Female slasher fun! You have to censor the gore: Do you polish the edits, or make them as abrasive as possible? Slasher with a gun. Reporting on Sleepaway Camp 4: The Survivor (the unreleased film) – what’s it about, what does the footage look like? Return to Sleepaway Camp as an 80s return. Stealing Chef and Ned from South Park. The career of Felissa Rose. Michael fears Eric’s excitement. What makes this franchise notable. New website! 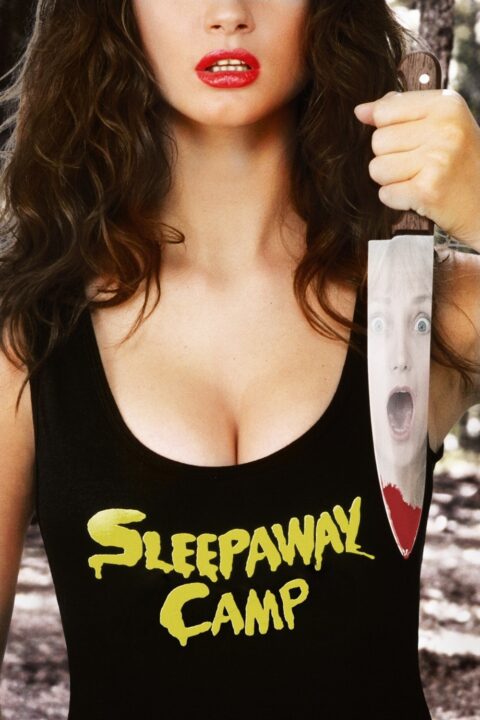 Slightly disturbed and painfully shy Angela Baker is sent away to summer camp with her cousin. Not long after Angela's arrival, things start to go horribly wrong for anyone with sinister or less than honorable intentions.