The beginning and end of the road. Nihilism. Where did all that protesting get us? The antithesis of roadsploitation. Warren Oats and the spirit of the road. Kris Kristofferson. You don’t make a movie this different than all other roadsploitation without yourself commenting on the genre. The girl isn’t really any better. Living in the moment, to the extreme. A return to the Music Box and the worst seven and a half minutes of Eric’s life. Rubber, a movie about Bear or No Bear. Codename Oizo. Addressing the meta. Left out in the CG vs models debate? Composites! Brutality. How to film and edit a composite. DSLR film making. The Canon 5D Mark II. Advantages and disadvantages of using a DSLR. Follow focus and the AC.

Story of two men drag racing across the USA in a primer grey 55 chevy. Wilson is the mechanic, James Taylor is the driver. 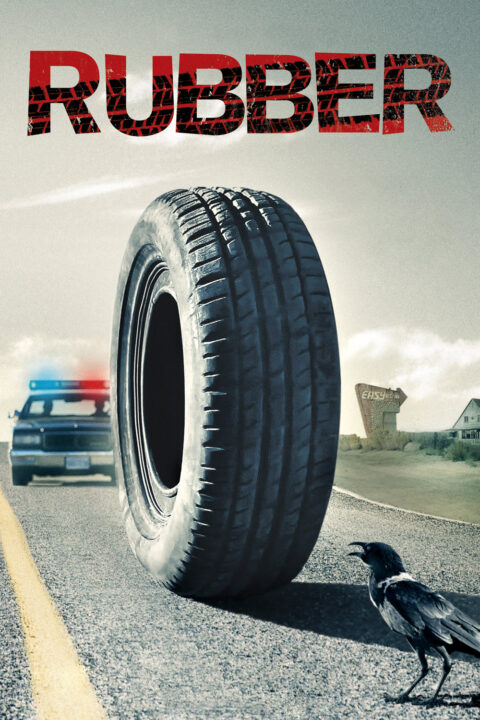 When a tire discovers it's destructive telepathic powers, it soon sets his sights on a desert town; in particular, a mysterious woman becomes it's obsession.

This entry was posted in All Podcasts, Year 4 and tagged Quentin Dupieux. Bookmark the permalink.