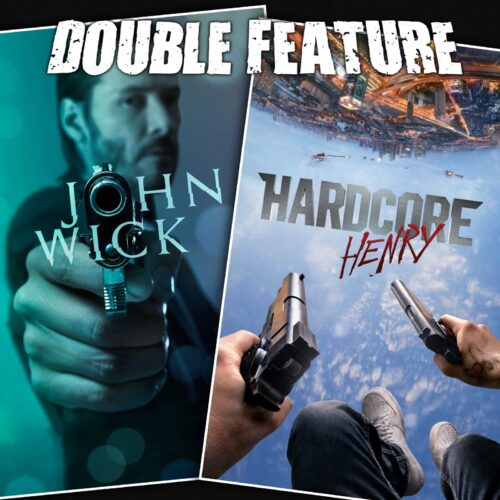 Today in action. Can John Wick reclaim Keanu Reeves, or is he the property of the other six really hip movies he’s made this year? Those comic book poses have a name. How many dogs have to die before Double Feature being summoned to talk about the trope? Build a world, build a hotel to stay in, and invite Willem Dafoe. Maybe Willem Dafoe appears on set like some kind of summoned genie. It’s like Beetlejuice. Hardcore Henry leaps forward in action experimentation. Strap that GoPro into your mouth, it’s time for a ride. Ilya Naishuller teams up with hardcore Russians. Sharlto Copley, Sharlto Copley, Sharlto Copley, Sharlto Copley, Sharlto Copley – cue the music. You are the first person. Exploring Moscow with friends. Some crowdfunding later, two million dollars to change the world. An hour on the internet where no one regurgitates completes about handheld movies as if they’re some kind of unique voice in the critic world. END_OF_DOCUMENT_TOKEN_TO_BE_REPLACED