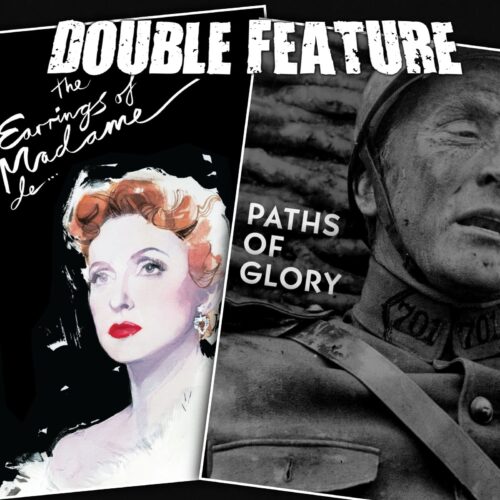 The Birthday Massacre! Eric has a new old concert film out now. The Earrings of Madame de who? The crazy adventures of two earrings that surprisingly doesn’t revolve around an absurd comedy plot. Let’s play Paris Wife Swap! The magical power real people give to real world objects. A shocking reversal on the Kubrick film you didn’t expect. Background on the real events that inspired Paths of Glory. Convincing insane people of their own insanity when lives are at stake. A repulsive, sad, beautiful scene to shake an audience to its core. Attempting to put a positive little button on World War 1. END_OF_DOCUMENT_TOKEN_TO_BE_REPLACED