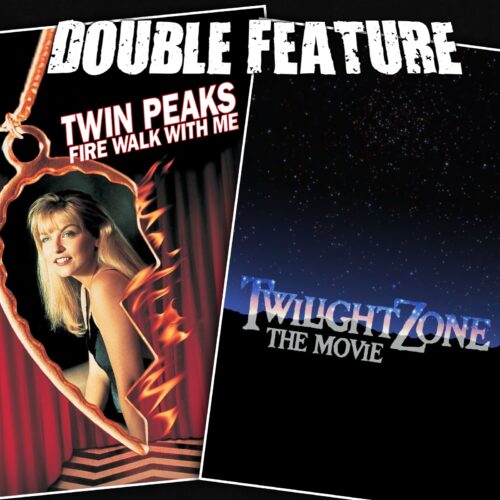 Television goes to the movies. A very broad conversation bout Twin Peaks, how it fits into David Lynch’s filmography, and various reactions to new entries over time. A conversation about Twin Peaks The Return because it’s basically a movie and someone really likes it. David Lynch and Mark Frost create Twin Peaks, the original series. Twin Peaks without David Lynch and Mark Frost. Lynch returns for a Lynch movie. Twenty five years and one really really long Skype call. Twin Peaks comes back in true form, but will anyone accept that? The Showtime network reacts to a bold power move. Michael wants to talk about something awkward. Twilight Zone: The Movie and the conversation no one is willing to have. How and if a movie survives a very public, very notable, very important news event. END_OF_DOCUMENT_TOKEN_TO_BE_REPLACED

Mad Max: Fury Road + The End of August at the Hotel Ozone 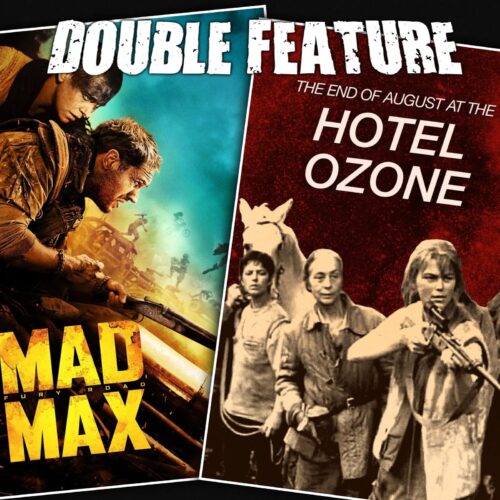 Let’s spend a day in the wasteland! Boy there sure are a lot of women here. I hope they’re not savages. Then again, what is a savage when you really get down to it? Aren’t we all the future savages of the past, just living in the present? Progressive thinkers doomed to be made retroactively intolerant by a rapidly liberated society? All these questions are making me hungry. Say, you guys don’t have any pets do you? Man is there a lot of walking in the wasteland. It’s just so sandy for so long. You could really run out of things to talk about. So, has anybody here seen the new Mad Max? END_OF_DOCUMENT_TOKEN_TO_BE_REPLACED