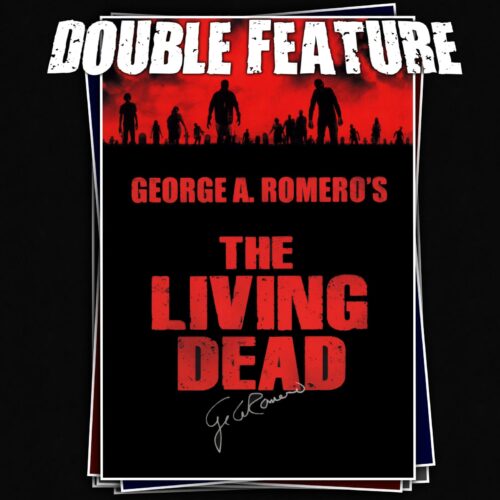 The Living Dead film. George A. Romero’s six zombie films. Night of the Living Dead. The undead and the inevitability of human demise. Dawn of the Dead. Consumers and their shopping. Things people didn’t steal from Romero’s films. Day of the Dead. Man plays science. The next evolutionary step. Metaphores for metaphors. Land of the Dead. The dead strike back! An unpopular opinion. Shock and awe. Class warfare. Romero’s back with Diary of the Dead. Handicam vs found footage. In what universe? Film criticism via film. Media and news coverage. Romero does The Newsroom. Survival of the Dead. Educated horses. One of those wrong decisions. Finding a cure. Rebuilding society. What’s the point of living during the zombie apocalypse? END_OF_DOCUMENT_TOKEN_TO_BE_REPLACED 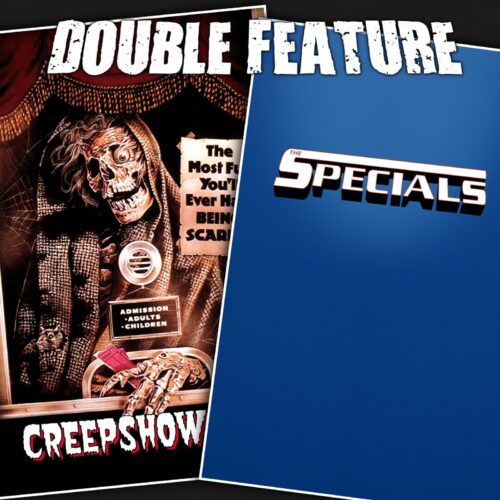 Comic book tributes by horror legends. The Additional Content is out! Getting in front of the camera. George A Romero and Stephen King. Tom Savini, comic books, and trashcan metaphors. The aesthetic. The lasting impression of Creepshow. Horror anthologies. The legacy. Eric talks about his time work on Marvel’s comics! Deciphering the relationship between Creepshow and Tales from the Crypt. A sequel, a bastard child, and 2009’s Creepshow Raw. Alex Pardee does things. The Specials. The increasingly popular works of James Gunn. Lollilove. Rob Lowe and Thomas Haden Church as people you recognize. Getting to the bottom of Doug. What’s up with the world’s smartest man? Comedic timing. Action figure unveiling. The state of superhero audiences. The game of heroes without powers. END_OF_DOCUMENT_TOKEN_TO_BE_REPLACED