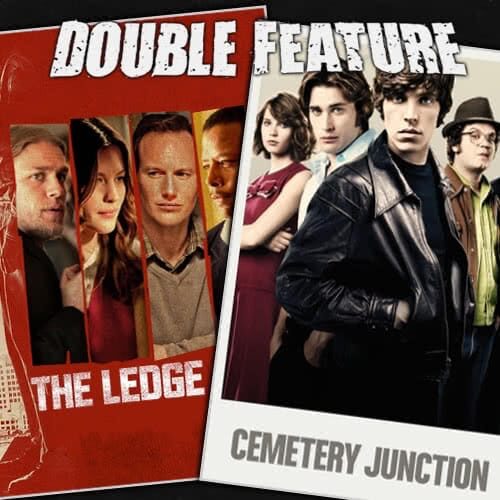 Director/writers take on girlfriend-stealing and skypigs. Two films with very real characters. Oil refinery time lapse?! Work, responsibility, and letting your guard down. Learning who your characters really are. Scheming and conniving. Agreements and disagreements with Gavin. Imperfect heroes. Why two atheists think evangelizing is the right thing to do. God, No! Signs You May Already Be an Atheist and Other Magical Tales. Patrick Wilson. A bit on lighting and eye shine. Getting away with anything. A very different direction for Ricky Gervais and Stephen Merchant. Come of age in Britian, Karl Pilkington. The market for a coming of age throw-back film. Power in ideas. Julie’s feminine power. Having your eyes opened. Cemetery Junction and the Ghosts of Christmas. Meatcart on a train. A separate conversation about Karl Pilkington and An Idiot Abroad. END_OF_DOCUMENT_TOKEN_TO_BE_REPLACED 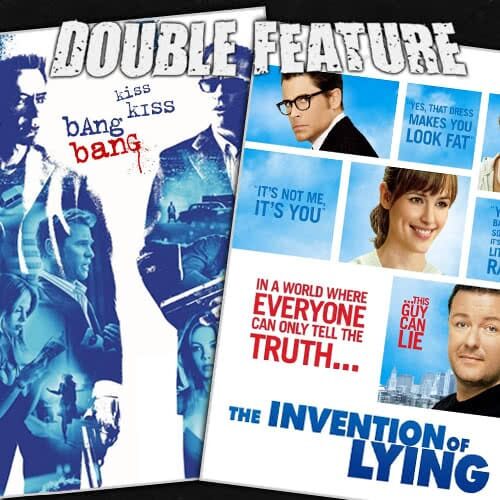 Comedies that trick their audience into thinking. Films that flirt with but ultimately mock the lowest common denominator. When your narrator is reliable (but a bad guy). A party of characters. Calling out the hamster style. Calling out film gimmicks using narration gags. Pulp noir. Calling yourself out. Noir satire. Hollywood. Eric still hates LA. Bullets go through stuff. Michael explains Kiss Kiss, Bang Bang. Comedy as misdirection. Why The Invention of Lying is actually really amazing (hint: the bullshit low-IQ comedy is just a disguise). The return of the trojan horse. Who is being trojan horsed? What is being trojan horsed? Experiments with lying. Is lying ever morally justified? In a world without lies, religion doesn’t exist. Why Double Feature loves science, skepticism, and atheism. In a world where lying doesn’t exist, is the first lie immoral? All of the listeners are going to die. END_OF_DOCUMENT_TOKEN_TO_BE_REPLACED