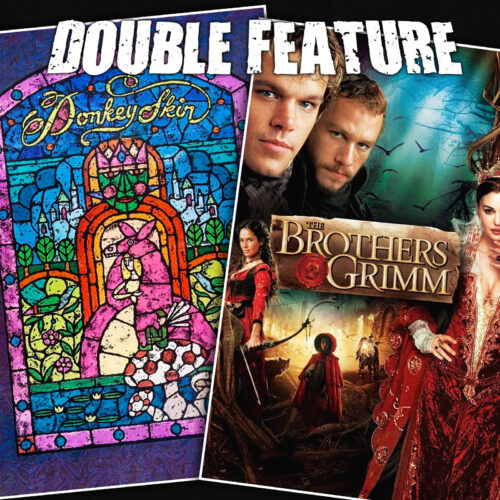 For Your Consideration + The Man Who Killed Don Quixote 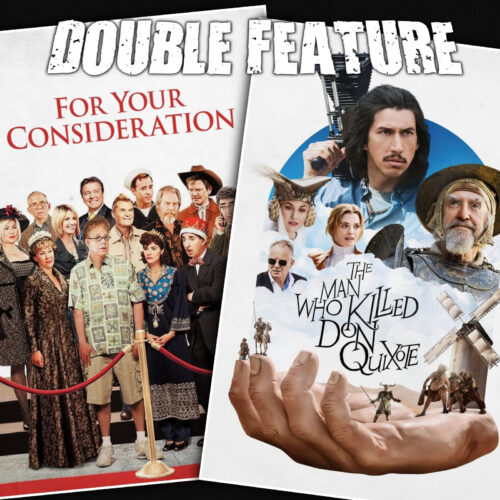 Creating art kills humans. Other things that could be done For Your Consideration. Double Feature gets rained on. The happy warrior spirit of creation vs the nihilism of trying to get art made. Eric Thirteen performs for the patreons. Life on set. The drama of film production. For Your Consideration shows how rumors run wild. Double Feature fucks up Christopher Guest. The non-documentary Christopher Guest movie is the most honest. Terry Gilliam and the frustrating life of an artist. Art is hard. The story outside The Man Who Killed Don Quixote makes a call for not ignoring the real-life artist. 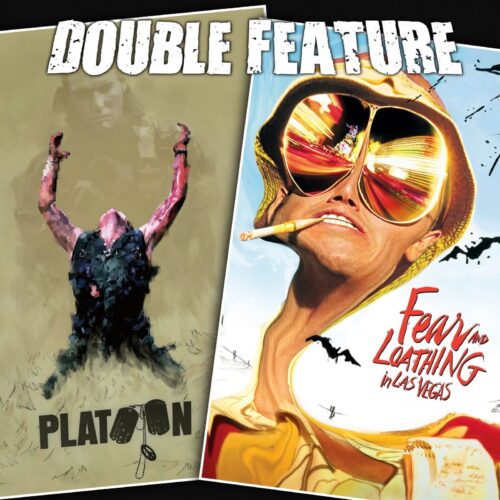 War and peace goes a step further. Herem Suicide clears up the previous Russian message. All Additional Content is now publicly available AND there is a brand new Double Feature store! Peace – still just a codeword for drugs. Two sober pacifist atheists talk about a war they weren’t alive for, then about drugs. Iraq crops up again. Taking the war home (some more). Oliver Stone gets a pass for helping tell the story of Edward Snowden. Obama still has a few days to fix that mess, by the way. Manning was a good start, come on POTUS. Platoon further reveals the emerging pattern in war films. Taking a trip with Fear and Loathing in Las Vegas. Michael does zero drugs and then freaks the fuck out. Eric’s adventures in bat country. Who was Hunter S Thompson? A primer on Gonzo journalism that Double Feature hopefully didn’t fuck up. Mmmm, Annathesia. END_OF_DOCUMENT_TOKEN_TO_BE_REPLACED 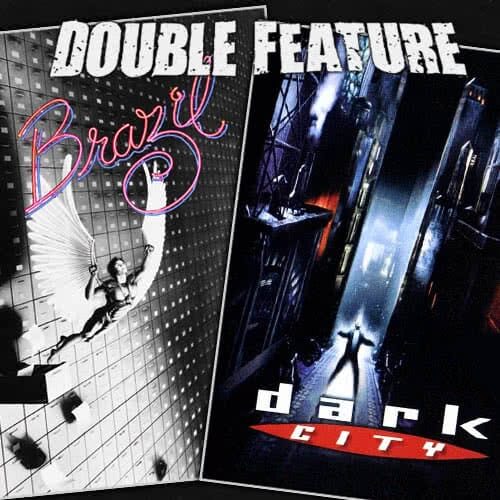 Dystopian neo-noir with a twist! The first episode of year 2. Brazil in irish mythology. Michael Shermer. Creating the feeling of Brazil. Trilogy of imagination. Absurdist drama fighting absurdist comedy. A different kind of Big Brother. Terrorism. Consumerism. Theories on the source of terrorism. Who is Tuttle? The ending. Brining your film back to the deep end. Dark City as a combination of science fiction and film noir. A rare under-lit modern movie. Dark City’s director’s cut. What a director’s cut actually is. “Knowing” will probably be the worst movie of 2009. The pros and cons of the opening voiceover. Puzzle pieces. Scifi surprise. Using exposition to your advantage. When the answer is right under your nose. Unanswered questions. The sci-fi magic. What happens next? END_OF_DOCUMENT_TOKEN_TO_BE_REPLACED 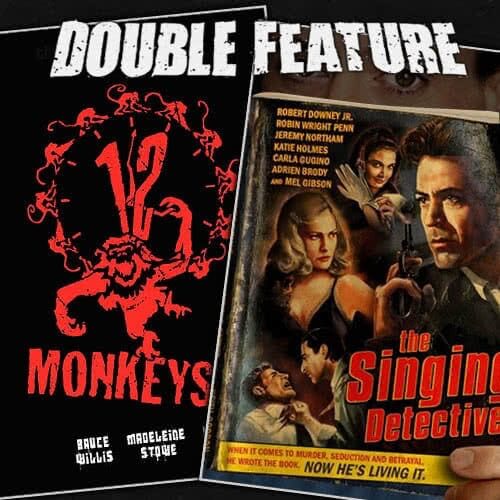 The very first episode of Double Feature. The amateur recording environment. The origins of the Double Feature idea. Bruce Willis dies in the premiere spoiler warning. Twelve Monkeys, made by some guy who was apparently in Monty Python. Is it too early for hate mail? Michael can not stand slow zoom. Using film terms as short hand. Look at all the crazy people! Eric talks about blood using a very sexual tone. What a twist? The Singing Detective and crazy people on film. That Mel Gibson. Film noir, neo-noir, and important hats. The difference between clues and solutions. People just don’t care about lighting. Double Feature will return with more episodes. Probably. END_OF_DOCUMENT_TOKEN_TO_BE_REPLACED