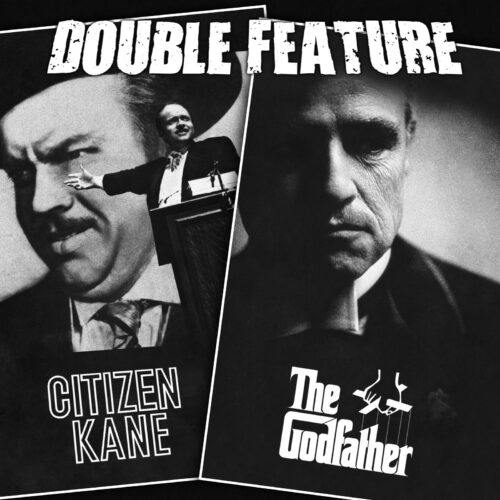 The American Film institute’s top two films. Double Feature begins – The first episode in this year’s series, and the perfect place to start listening. Don’t be afraid of daunting films. Double Feature updates on the Year 8 Kickstarter for Year 9, the Double Feature Movie, and guidelines for Year 9 of the show. Citizen Kane as a meta commentary on film. Upping the ante on cinema. The infamous ending of Citizen Kane. What’s so special about The Godfather? Things to look for on a first time viewing. Appreciation can start on the surface. How great acting in The Godfather helps explain the craft of acting to people who don’t have the first clue about it. END_OF_DOCUMENT_TOKEN_TO_BE_REPLACED 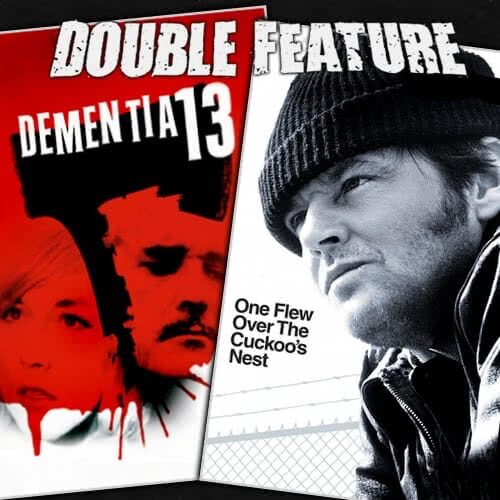 A night with the crazies. Dementia 13. Psychosploitation. Roger Corman, Francis Ford Coppola and New World Pictures. Jack Hill’s involvement. Commentary infographic exploitation idea. WHITE CAT. Francis Coppola is a secret Double Feature director. Michael counts down the Psycho comparisons. The influence of Dementia 13 on slasher films. Early instances of female voice over narration. Pull of the Weaseling your way into the will. Why One Flew Over the Cuckoo’s Nest is such a hard show to do. Refusing the power of Jack Nicholson. Nurse Ratched and McMurphy. Why McMurphy always loses. What motivates Nurse Ratched. The role of women in One Flew Over the Cuckoo’s Nest. Oppressive women and women in prison. Electroshock, lobotomy, therapy and punishment. Questioning behaviorism. Gone fishing. The effect of the institution on the crazies. END_OF_DOCUMENT_TOKEN_TO_BE_REPLACED 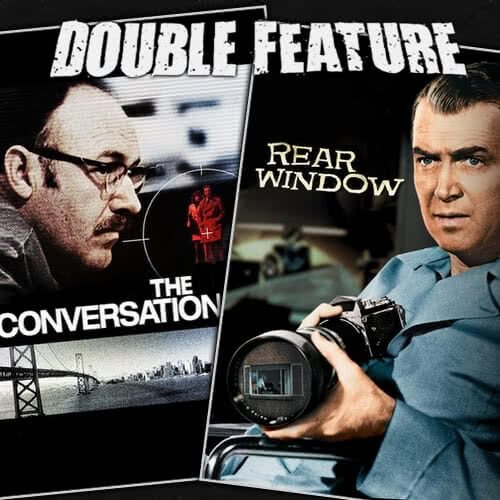 Movies about voyeurism by heavy directors. Also, a good double feature! The first Francis Ford Corpula film on the show. Studios and audio equipment. Convenient release timing. The shot of The Quad. Deconstructing a single event. Laboring over one scene. Discover and revelations. Fighting the neo-noir. A profession you don’t know much about. Being a creeper. Swell shop party. Paranoia through plot reveals and camera work. Bernie is second best, you guys. The religious element of The Conversation. Where did Bernie go? Classy downtrodden piano score. Score in Rear Window. Single room, environment, and angle. What was Hitchcock up to? A great decade for Hitchcock, a terrible decade for women. Women’s intuition. Humanity. Grace Kelly has the adventure! Who are the vampires in Rear Window? People watching as a taboo. The Chicago loop at night. Alfred Hitchcock’s brand of suspense. Acceptable browsers. END_OF_DOCUMENT_TOKEN_TO_BE_REPLACED