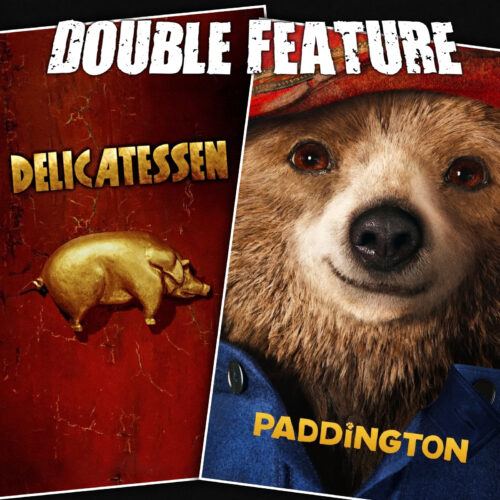 Bear and Long Pig, together at last. Outrageously whimsically characters disrupt the system. No negative jokes about Jean-Pierre Jeunet’s art direction suffering after 1995. Michael feels the need to rant about his top ten list and then randomly namecheck Black Panther. Has Eric Thirteen’s heart changed in 2018? Delicatessen disrupts the system. A kindly speaking bear takes over England in Paddington. Only on Double Feature is Paddington the weirder movie. END_OF_DOCUMENT_TOKEN_TO_BE_REPLACED 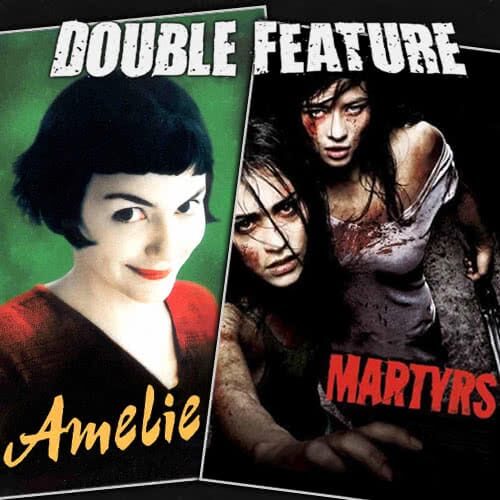 Eric struggles to do the show. Why the sadistic pairing? Jean-Pierre Jeunet and Amelie. Le fabuleux destin d’Amélie Poulain. Learning about the french via film. Living your quirks. Genre bending and classification. A comfortable distortion of physics. The influence and absence of Marc Caro. Dominique Pinon and Ron Perlman. A different sense of dark comedy. Fucking and the french. Fucking is ok! The American taboo. Are the things Amelie is doing right? Is it ok to lie for good? The best use of the Amelie garden gnome. The influence of American horror on the french. French extreme revisited. Smashcuts! The Flying Tom Tom. Uncertainty. What does the ending of Martyrs mean? Rape/Revenge. END_OF_DOCUMENT_TOKEN_TO_BE_REPLACED 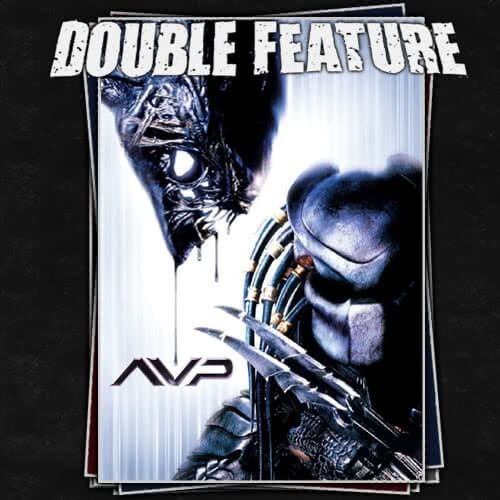 The complete Alien and Predator franchise. Alien films 1-4, Predator films 1 and 2, Alien vs Predator films 1 and 2. The amazing variety of directors from the franchise. Riddley Scott. Design. H.R. Giger. Isolation. The ship. Ripley. Secret robots from the future. The work of James Cameron and the IMDB Top Sci Fi films. Terminator 2 and Aliens. What is James Cameron saying in Aliens? Adventure films. Paper thin villains. Argreeing with the bad guy. Should we really wipe out the entire species? Game over man, game over! Irony. Who’s not taking this seriously? The relentless action of Predator. Score clashes, awesome ensues. Jungle sci-fi. Revealing an invisible monster. The Alien vs Predator comicbook. Bringing Alien and Predator together. David Fincher restores order in Alien 3. Quadrilogy is not a real thing. Prison planet. Retclone. Alien Resurrection is bag of crazy. Why people consider Alien 4 Blasphemous. Ripley as a reluctant hero. Kill me. Paul WS Anderson. How do you fuck up the story this hard? A return to the adventure genre. Acid. Looking back at the Alien and Predator franchises. HELP US! Mick is awesome. You can now Donate to help the show. END_OF_DOCUMENT_TOKEN_TO_BE_REPLACED