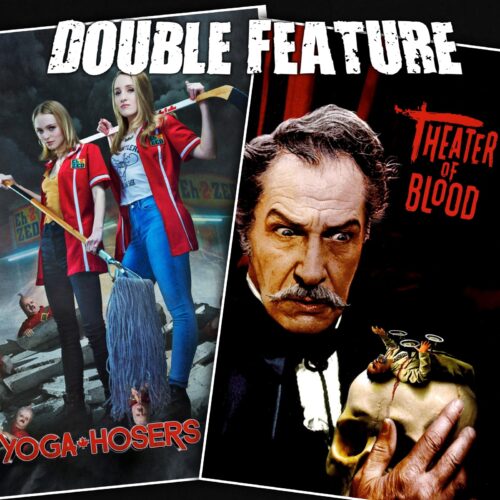 Fuck the critics! Films resist the people who watch them, and get off on tormenting the people who judge them. First: Two teenage yoga enthusiasts team up with a legendary man-hunter to battle with an ancient evil presence that is threatening their major party plans. Kevin Smith will do anything he fucking wants. What was that? A convenience store? For the true fans? Oh totally, not a problem at all. Actually, what about three of them? Great, three convenience store movies. Wait, you guys were asking about these Degrassi movies, right? Then: A Shakespearean actor takes poetic revenge on the critics who denied him recognition! I mean, probably a Shakespearean actor. Vincent Price in sandwhich-face-face. END_OF_DOCUMENT_TOKEN_TO_BE_REPLACED 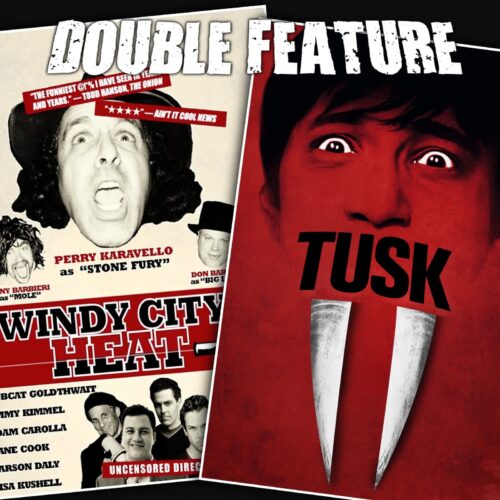 Fantasy collides head first with reality. Watch Windy City Heat on YouTube. Who is Perry Caravello, really? Attempting to disassemble a single aspect of a film while determining if that aspect is even worth disassembling. Likability in reality. Roman Polanski’s demotion to hack comedian. Who’s in on it? That stupid summary thing film reviews do. Kevin Smith takes over the world with Tusk. How did we get here? Further proof of the all powerful low-brow director turned super villain. Podcasts are making films now. How Tusk’s very existence argues for a golden age of independent film making. END_OF_DOCUMENT_TOKEN_TO_BE_REPLACED 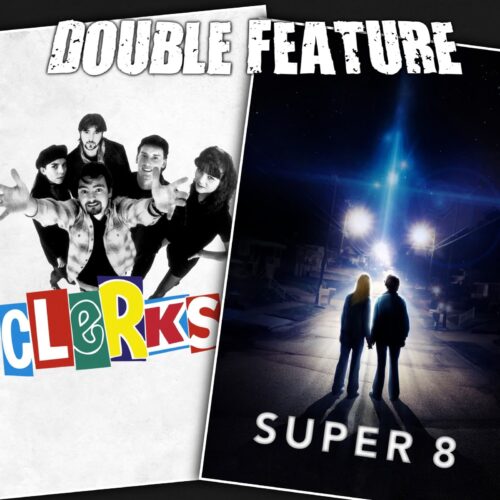 Two writer/directors return on Double Feature. Clerks as the beginning of the Kevin Smith catalogue. The Jersey films. Dante Hicks: some man’s every man. The independence…oh god, the independence. Dante’s terrible day gets worse. One hundred thousand films worth of dialogue. Unnatural chats with natural characters. The Smith writing style. Punk rock film making. Thirty seven dicks…in a row? The immense power of a filmmaker. Earned power, and what you can use it for. Clerks the Animated series. John Dahl, JJ Abrams, and Super 8. The long history of JJ Abrams. The television landscape. Where does the star power come from? The magic of childhood filmmaking. The magnificent train wreck. Watching kids make films. Production values! The tiny quiet performance. The alternate reality game. Spielberg, production, and the inevitable comparison. A short short film called “The Case.” END_OF_DOCUMENT_TOKEN_TO_BE_REPLACED 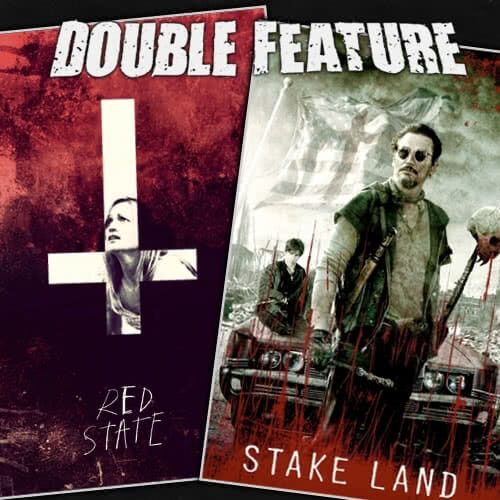 No one expects these two movies to be this good. Dangerous places, even more dangerous directors! What does the Double Feature studio look like? Religious crazies shot on Red One cameras. Red State isn’t even Kevin Smith’s second chance. Popculture out, Waco and Fred Phelps in. A very Kevin Smith movie is also a very good movie! Charismatic characters. Rolling Shutter put to use! Kevin Pollack, Anna Gunn, John Goodman. What was so great about the TV show Roseanne? Michael Parks. Not just dabbling in horror, but adding to it. The charm and demeanor of Michael Parks as Reverend Cooper. Crazy religious nut jobs. Executions. Personalizing death. Why Red State has the best of possible endings. Another surprize, Stake Land! Written by it’s director Jim Mickle, but also it’s star Nick Damici. The ultimate apocalypse weapon: a pistol-grip sawed off shotgun with a shoulder strap. Finding subtlety in a place you don’t expect it. Color palette between day and night. Danielle Harris. Building an apocalypse film. Voiceover narration performance. Chin-up fiddle score! How is this movie doing this?! END_OF_DOCUMENT_TOKEN_TO_BE_REPLACED 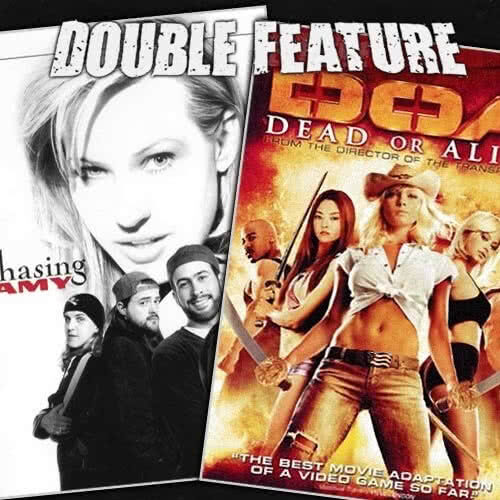 Michael has full faith. The shortest Double Feature segment ever. Acupuncture doesn’t work. A confusing distribution release. Gaming history. An advertising hook. Modern day exploitation – what it is, what it should be. The movie roadmap. When montages are acceptable. Marketing mystery. Being along for the ride. Eric does a flip then punches Michael. Sound and attitude. Time bombs are lame. The Fargo checklist: When a film is just a film. Eric thins out his film library. Kevin Smith dialogue. Where does the demand for bad films come from? Just when we were about to excuse montages. Writing a film around a scene. Popular culture dates your movie. The creation of the slasher marathon. END_OF_DOCUMENT_TOKEN_TO_BE_REPLACED