When Harry Met Sally + That Obscure Object of Desire

Posted on September 7, 2017 by Eric Thirteen 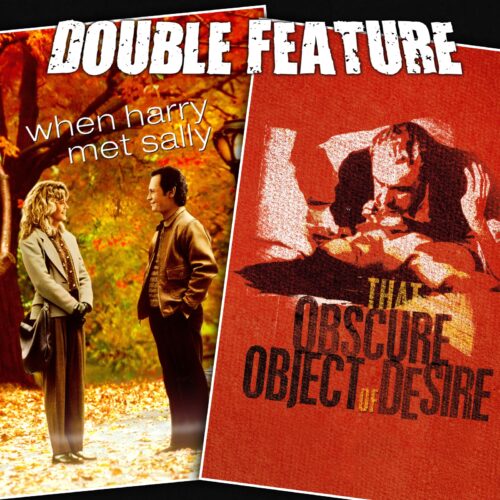 Romantic entanglements aren’t helped by toxic masculinity. Eric’s ex-girlfriends present: anti-romance! Double Feature has survivor’s guilt in Austin, Texas and Los Angeles, California. Drafthouse personally apologizes for a hurricane. Rob Reiner introduces Harry and Sally and ellipses. A man thinks men and women can’t be friends but that was back when there were only two genders no seriously. Is When Harry Met Sally… about people or relationships or humanity? The infamous fake orgasm diner scene. Luis Buñuel, or as he is more commonly known, the Spanish Rob Reiner. Buñuel wants you to know: we do not live in the best possible universe. Strangers on a train…also talk about orgasms. Who is the true obscure object of desire? END_OF_DOCUMENT_TOKEN_TO_BE_REPLACED 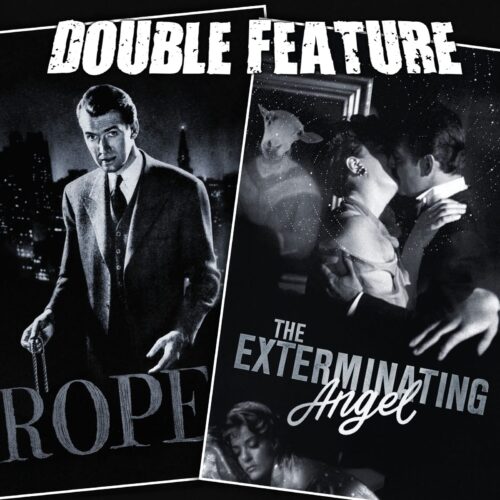 Bottle films are starting to get a little ridiculous. Annasthesia Suicide begrudgingly delivers the episode and a few updates. No one is allowed to talk about Rope’s camera work today. What actually happen in Alfred Hitchcock’s film Rope, besides close ups of people backs? People fall off the dinner party bandwagon. Trapped forever by your own mind – bottle films go psychosomatic. Everything (that was) wrong with the world (before November 8th) can be solved with The Exterminating Angel. Double Feature delivers a fifty year old film that’s telling us how to move humanity forward but no one is listening. Watch The Exterminating angel, humanity. Please watch it. Please. END_OF_DOCUMENT_TOKEN_TO_BE_REPLACED 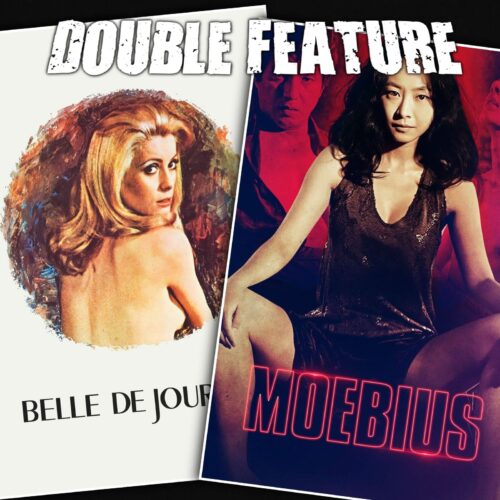 Weird sex things. Some sex things are weirder than others. The treat that is Belle de Jour. The deal with these Luis Bunuel films. Double Feature wants more belle movies. Mixing fantasy and reality until you can’t tell the difference. Displaying an arc in more than just character. The never-failing allure of what goes on behind closed doors. Alright, it’s time to enter Moebius. Do you have your Bag Cat ready? The snip-and-toss festival. Slapping and talking and slapping. Narrative? Fuck that! Delivering a message without telling a story. Ok, I guess you could call that a story. Relentless commitment to the insanity at hand. Moebius showing an adorable amount of restraint. Michael has a dirty secret about Kim’s movies. END_OF_DOCUMENT_TOKEN_TO_BE_REPLACED