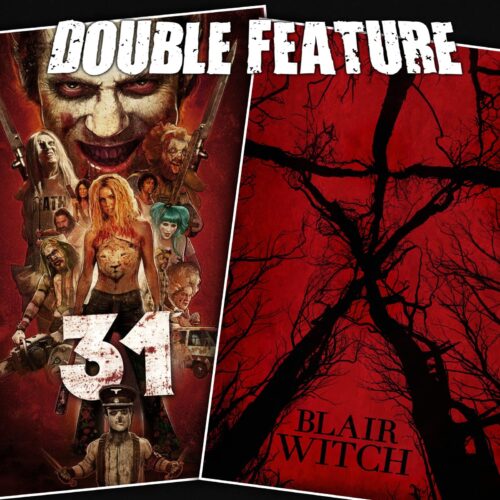 New midnight movie Double Feature! Blood, guts, gore, scares and maybe a witch. Eric Thirteen, Double Feature host and executive producer of 31. More Zombie than Zombie. Seriously, maybe the most Rob Zombie film ever made. The 70s, a time when insane directors got away from the suits and made insane movies. The extremely memorable man of the hour in 31, and the rare memorable villain in recent films. Rolling around in the pit – the reason to go back to 31 and other Rob Zombie movies time and time again. It turns out Blair Witch is fucking amazing. Critics, proving to be full of it, now universally celebrate The Blair Witch Project when they just made their usual stupid puns at the time. Adam Wingard rules the universe. Blair Witch as probably the scariest fucking thing ever. See great horror being made today. END_OF_DOCUMENT_TOKEN_TO_BE_REPLACED

The Lords of Salem + Machete Kills 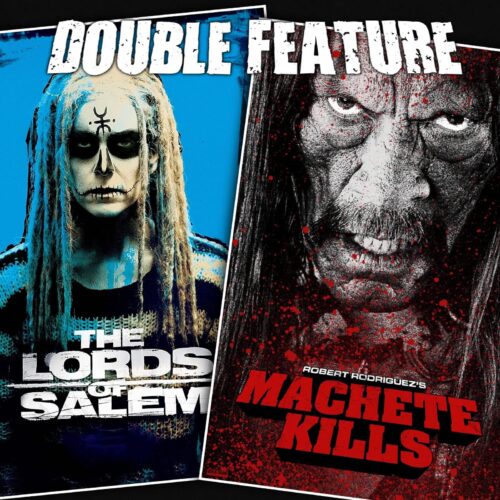 Auteurs just outside the arthouse. Grindhouse contributors Rob Zombie and Robert Rodirugez! Audiences clamoring: It’s not the way I would have done it!! Stop looking for validation and start appreciating surprise. See inside the minds of insane people. The hidden alternate history of The Lords of Salem. Why Rob Zombie is a fascinating human. Films changing as they’re being filmed. The Rodriguez-Box-Office relationship. Using Machete Kills as the control for the experiment Machete conducted. A different approach. One unique idea to recreate the trailer magic. A a cure for cinema predictibility. END_OF_DOCUMENT_TOKEN_TO_BE_REPLACED 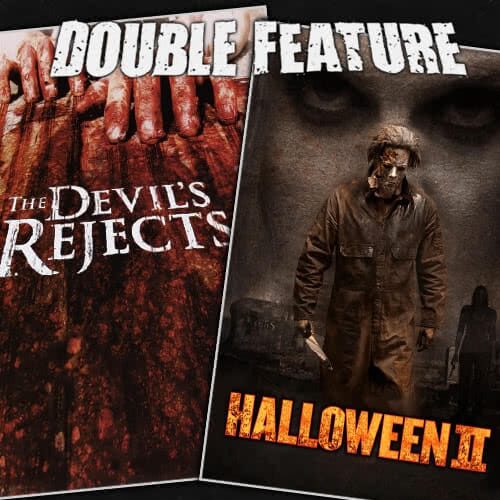 Rob Zombie hour, here on Double Feature! Rob Zombie for Rob Zombie fans. Halloween 2? Halloween II? Halloween: II? H2? What the fuck is this movie called? The Devil’s Rejects is a goddamn sequel. Deconstructing the motel room. The 1970s. Trailers, dirt and hillbillies. A non-horror perspective. The humor of the film. Charlie Altamont (Ken Foree) as Lando Calrissian. Something all filmmakers could learn from slashers. Danny Trejo is the biggest fucking mexican you’ve ever seen, even if reality doesn’t support that fact. Losing a fight with your own morality. Role reversal. Ignoring the remakes, reboots and restarts. Final chapter be damned – how to kill the franchise instead of just the slasher. What Halloween 2 really is and why it exists. Questionable reality as an alternative to the retcon. Freak outs. Innocent bystanders. Overkill. Captain Clegg and the Night Creatures. The new Dr. Loomis. The director’s cut ending. END_OF_DOCUMENT_TOKEN_TO_BE_REPLACED

Up! + The Haunted World of El Superbeasto 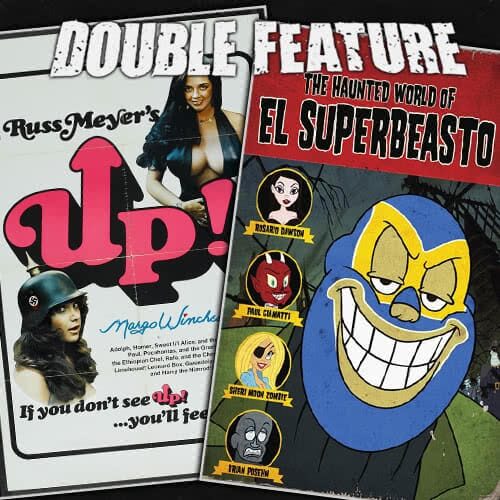 You don’t need to see Up to listen to this. Time for a lighter episode of Double Feature. The Original Up! by Russ Meyer, not the Pixar film! How was there seriously any confusion about that? Rob Zombie uses the chapters. The Russy Meyer body type. Who is this director anyways? Nudie cutie films. Feminism. Sexploitation. Revenge films. What separates Meyer’s films from pornography. Mae West. Was this ever sexy? Screenings of The Haunted World of El Superbeasto. What’s better in the suburbs than the city? 2D film. Rob Zombie’s world. The character, in and out of character. Layers of references. A brief history of Dr. Satan. The songs. Double Feature retires Rob Zombie…for now. END_OF_DOCUMENT_TOKEN_TO_BE_REPLACED 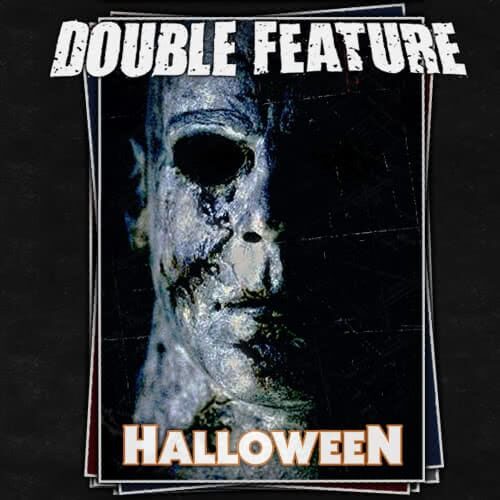 Halloween films 1-9. Michael Myers. What is a John Carpenter? The origins of slasher films. Why Michael Myers kills. What makes him unique. Jamie Lee Curtis. The zombie advantage. Dr. Samuel J. Loomis. Things you expect. Things Halloween doesn’t do. The Hospital as a setting. Big man tiny weapon. How Halloween 3 happened. A change of opinion – is recasting acceptable? False Michael Myers. Terror at 35 mph. Does Halloween have to go supernatural? Going off the deep end. Druids and conspiracy. Potential, original intention, and how it ended up. Pulling a series back on track. Writeoff or Retcon? Believable levels of retroactive continuity. Redefining icons. Why the H2O ending is justified. The single most insulting piece of film. Rob Zombie is the man for the job. Learning from the past. The work print? A Rob Zombie lovefest. Endings. END_OF_DOCUMENT_TOKEN_TO_BE_REPLACED 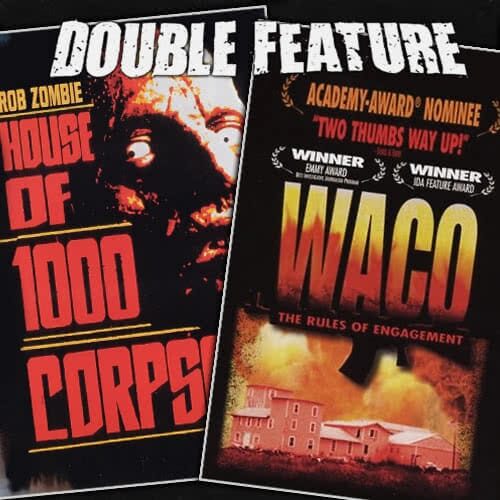 A word on Roadracers and Mean Girls. DVD menus. Enthusiastic directors. The first Rob Zombie! The work of Sid Haig and Bill Mosley. Working with and moving on from camp. Rainn Wilson. Good slow zoom? That bizarre sci fi TV style. Comfortable antagonism. No sense of danger. Enthusiastic film making. Who this film is actually for. What people think went wrong. Smaller roles. Music. The infamous scare shot. Rob Zombie’s impending legacy. Assuming prior knowledge. Non narrative, fact based style. Horrifying images. Double Feature gets to the bottom of Waco. An experiment in skepticism. When the severity of crime distracts from the question of guilt. END_OF_DOCUMENT_TOKEN_TO_BE_REPLACED