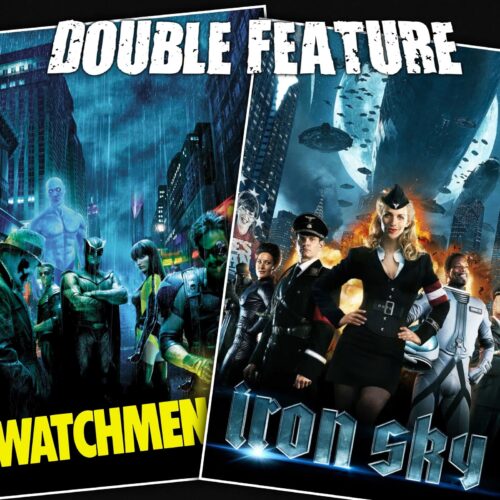 Alternate history with very different backgrounds. The key differences between the multiple versions of Zach Snyder’s Watchmen. Another unlikely film. Watchmen at the perfect time a place. A perfect zeitgeist film that is unfortunately always in the zeitgeist. Extending the metaphor of mutually assured destruction. What does the end of Watchmen mean? Three term Nixon. Alternate history in the minds and hearts of the audience. Ah, that great ultra violence. Iron Sky. Nazis on the moon! Enabling WWII alternate fiction. How has Double Feature not see Iron Sky? Whoops Netflix. Choosing your racism carefully. The one and only excuse for anyone on earth to be racist. Alternate fiction as a writing tool. Iron Sky and the Internet! Be nice to Zach Snyder, maybe. END_OF_DOCUMENT_TOKEN_TO_BE_REPLACED 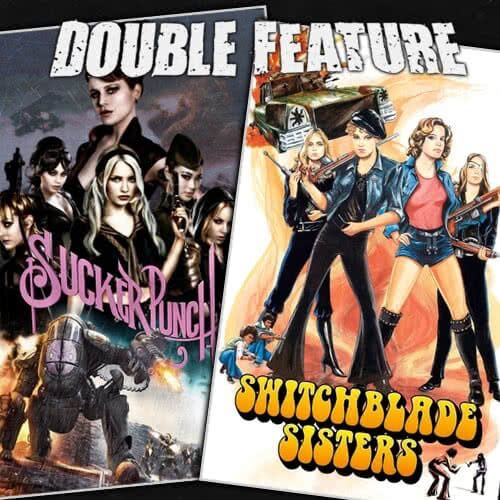 Gangs of ladies and imprisoned female empowerment. Zach Snyder’s Sucker Punch as an original film. The Wizard of Oz fantasy movie template. Hamster style comes back again and again. The many layers of Sucker Punch. A fantasy so bad it necessitates it’s own fantasy. Making you want to see the dance. How Sucker Punch delivers on several promises you expect from all-female casts. Sucker Punch as a commentary on objectification via reality checks. Is the film pro-feminist or anti-feminist? How music adds its own story. Female covers. Male soundtrack perversion. Bjork’s new versions of Army of Me. The visuals of Alex Pardee. Speculation on the R rated version of the film. Late night film watching with Switchblade Sisters. Quentin Tarantino’s Rolling Thunder Pictures. Director Jack Hill. A women in prison film outside of prison. Men in Switchblade Sisters. Writing better than you intend to shoot. END_OF_DOCUMENT_TOKEN_TO_BE_REPLACED 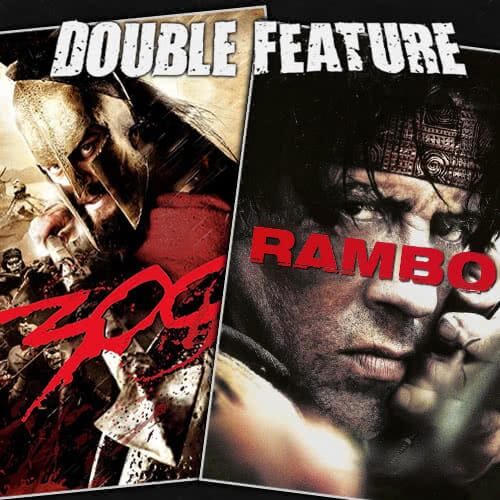 Action films with artistic vision. Why 300 and Rambo are getting Double Featured. Zack Snyder’s 300 needs defending, but from who? If your problem with 300 is historical accuracy, you have a lot bigger problems than 300. Frank Millier and comic book dialogue. How does this compare to Frank Ephialtes as a clever writing device. Totally fake Black 20 300 PG trailer. The actual 300 trailer. Nine Inch Nails 300 fan edit. 300 and Feminism. Dilios is a great warrior, but a terrible poet. Why 300 needs to have such a stupid ending. PREVIOUSLY ON RAMBO. Sylvester Stallone’s career. Sylvester Stallone as a director. One of the goriest films in Double Feature history. Not kidding, we’ll go ahead and type that again. One of the goriest films in Double Feature history. Meat chunks. Why all the gore?! What Eric sees in blood and guts. END_OF_DOCUMENT_TOKEN_TO_BE_REPLACED

Slither + Dawn of the Dead 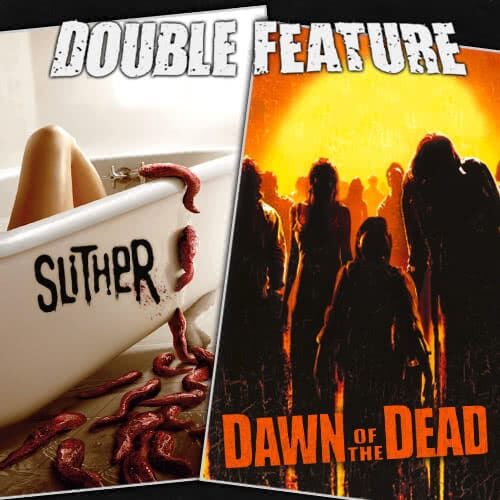 A James Gunn zombish double feature. Slither and horror/comedy. They’re not called Slithers! Realism in a crazy situation. Protagonists who are smarter than the audience! Old School American Horror. Serving the comedy audience before the horror audience. Zack Snyder’s 2004 Dawn of the Dead remake. THAT’S WHAT YOU WANT. The original George A. Romero concept. Are originals really better than remakes? Really? Fast zombies. Richard Cheese and Lounge Against the Machine. Three stage zombie makeup. Using amputees. The only way a zombie movie should end. Carnivale sideshow jobs for listeners. END_OF_DOCUMENT_TOKEN_TO_BE_REPLACED