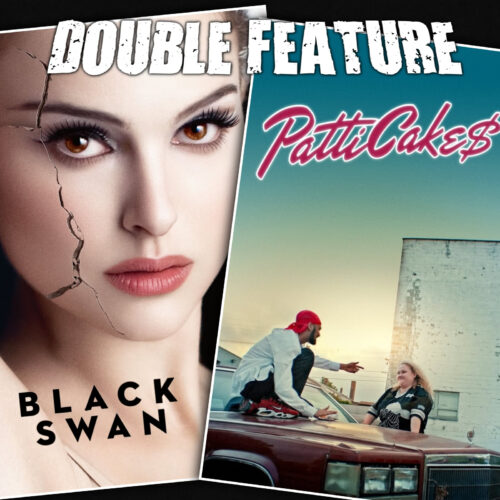 Female fame in different games at different levels. Black Swan as a mainstream arthouse horror film. Why the horror elements of Black Swan are worthy of callout – body horror! A fight between avoiding the most obvious conversation and avoiding the most delicate conversation. The lengths an artist goes through to achieve success, revisited. How Black Swan mostly avoids being rape-y when it basically is. Patti Cakes. Patti Cake$. Patti Cake Dollar Sign. A stunning turn in the plot when someone turns out to not be a cartoon villain. Who actually has talent or promises n Patti Cake$? Living the art life. Escaping the suburbs. Arrested development, lower-case d. Patti Cake$ and the simple art of never giving up. A suspicious lack of conversation around Black Swan’s portrayal of oral sex. END_OF_DOCUMENT_TOKEN_TO_BE_REPLACED 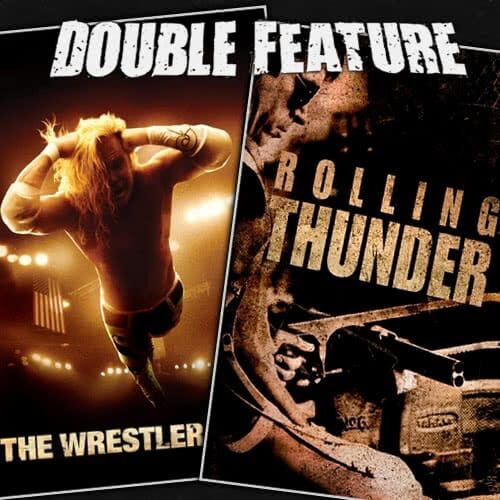 Down-and-out aging warriors (with under appreciated female cohorts!). The title credits in Darren Aronofsky’s The Wrestler. The visual differences between The Wrestler and Aronofsky’s last film. 16mm. Taking the hard way and making it look easy. Your lasting impression. Clint Mansell and Slash. Marisa Tomei as Cassidy. Keeping it real…naked. Why Eric thinks people who don’t like wrestling probably should. A highbrow take on professional wrestling. Reimagining wrestling as horror franchises. Wrestling as exploitation. A bit on the history of WWE, WWF, WCW and ECW. Mickey Rourke at the deli counter. Mick Foley on making up for his physical prowess by falling from higher places. Vulgar art as a substitute for proficient art. Prisoners of war. Talking to your pals about the darkest of personal tragedy. Anysploitation. Linda defies convention. Straight to the point. END_OF_DOCUMENT_TOKEN_TO_BE_REPLACED

Requiem for a Dream + Spun 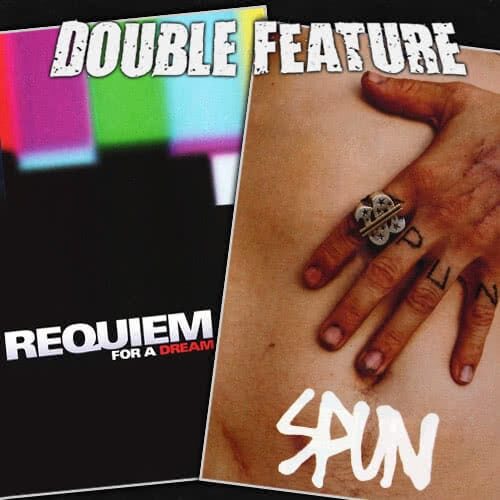 The two most sober hosts on the internet talk about so-called “drug films”. Darren Aronofsky’s Requiem for a Dream. The evolution of Clint Mansell. When trailers steal the Mansell. Editing tricks. THE ZEMECKIS CREDIT. Is it ok for Marlin Waynes to be famous? The players. The Fargo checklist. The icons of Requiem for a Dream. No one forgets ass-to-ass. The physiological impact. The love/hate relationship to a films ability to induce suicide in the viewer. When the film’s post-trauma wrap up betrays your safety. Michael’s problem with Requiem for a Dream. Jonas Akerlund’s Spun as the antithesis. Billy Corgan and the Smashing Pumpkins. Why the term ‘drug film’ is bullshit. A defense of Spun as not just a clone of Requiem. END_OF_DOCUMENT_TOKEN_TO_BE_REPLACED 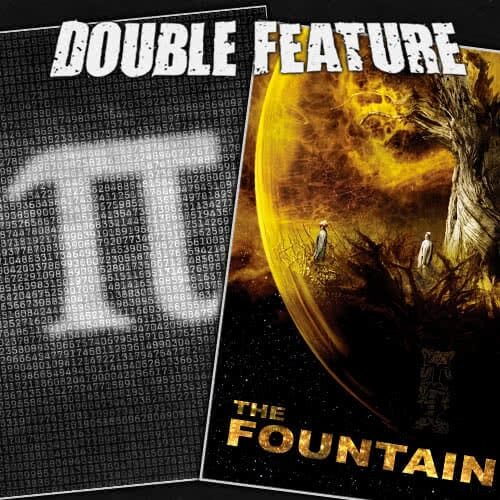 The work of director Darren Aronofsky. Eric’s ongoing struggle with the caffeine. Don’t actually watch these films back to back. Recognizing the signature of Darren Aronofsky. Come on, Pi is a LITTLE silly. Clint Mansell. How do you even classify this score? Editing. Creating the grainy monochromatic look of Pi. What that look and feel accomplishes. Where does the skeptic come down on all this stuff? A fun game to play at home. Repetition. Having your tools without knowing their best use. Macro effects. Hair loss. Why The Fountain is the most notable film ever featured on this show. Why you ball your eyes out. What the actors have to pull off. Relating to the future. Mayan nonsense. The absence of sound. Color. The part of Aronofsky’s signature that’s been lost. END_OF_DOCUMENT_TOKEN_TO_BE_REPLACED